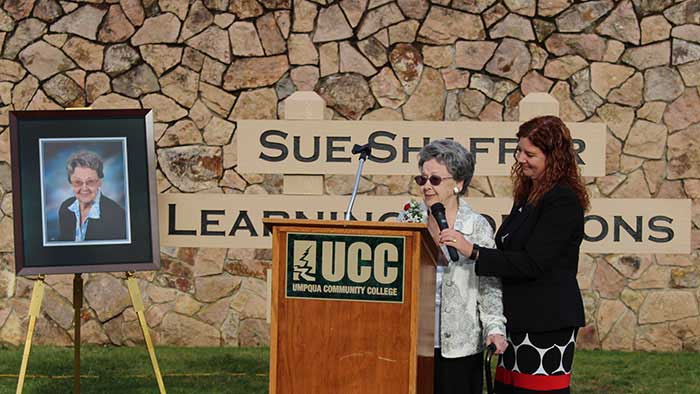 Impactful community leader served on UCC Board of Trustees for 17 years.

ROSEBURG, Oregon – Umpqua Community College (UCC) is paying tribute to a woman who dedicated her time and efforts to improving education in the Umpqua Valley. Former UCC Board of Trustees Director Sue Shaffer passed away on April 12 at the age of 94. Not only did Shaffer help the Cow Creek Band of the Umpqua Tribe of Indians become federally recognized in the early 80s, her legacy will always be a part of UCC. 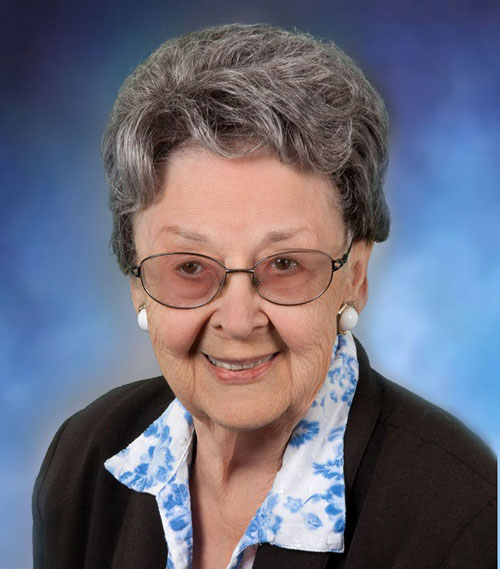 Shaffer’s impact at the College began in 1982 when she was elected to the Board of Trustees. In 1988, she became the first woman to chair the board. She served UCC until 1999. In June of that year, she received a position on the Spirit of Umpqua “Hall of Fame” in Jacoby Auditorium. In UCC’s 51-year history, there are only 23 names on the Hall of Fame.

Last year, she was honored when the Board of Trustees decided to rename the school’s library as the Sue Shaffer Learning Commons and Library. In preparing for the dedication ceremony, she said she was raised in a family where education was a priority, and believed it was key in building a strong and vibrant community.

“I was raised in a household where honesty, moral integrity, education, work, and helping others were high priority,” she said. “Those were the days of the Great Depression, but our door was always open for food and lodging. I can’t remember a time when people weren’t stopping at our house to have my mother read letters for them, write letters for them, file their papers at the courthouse, etc. Not only tribal people, but people in the community as well.”

Friends and associates say her love for the community was evident. When asked to describe her, the word used most often was community.

“For Sue, her community came first,” former UCC Board of Trustees alum David Briggs said. “She believed that when a community is successful, everyone is successful.”

Shaffer’s family held a private memorial in her honor.