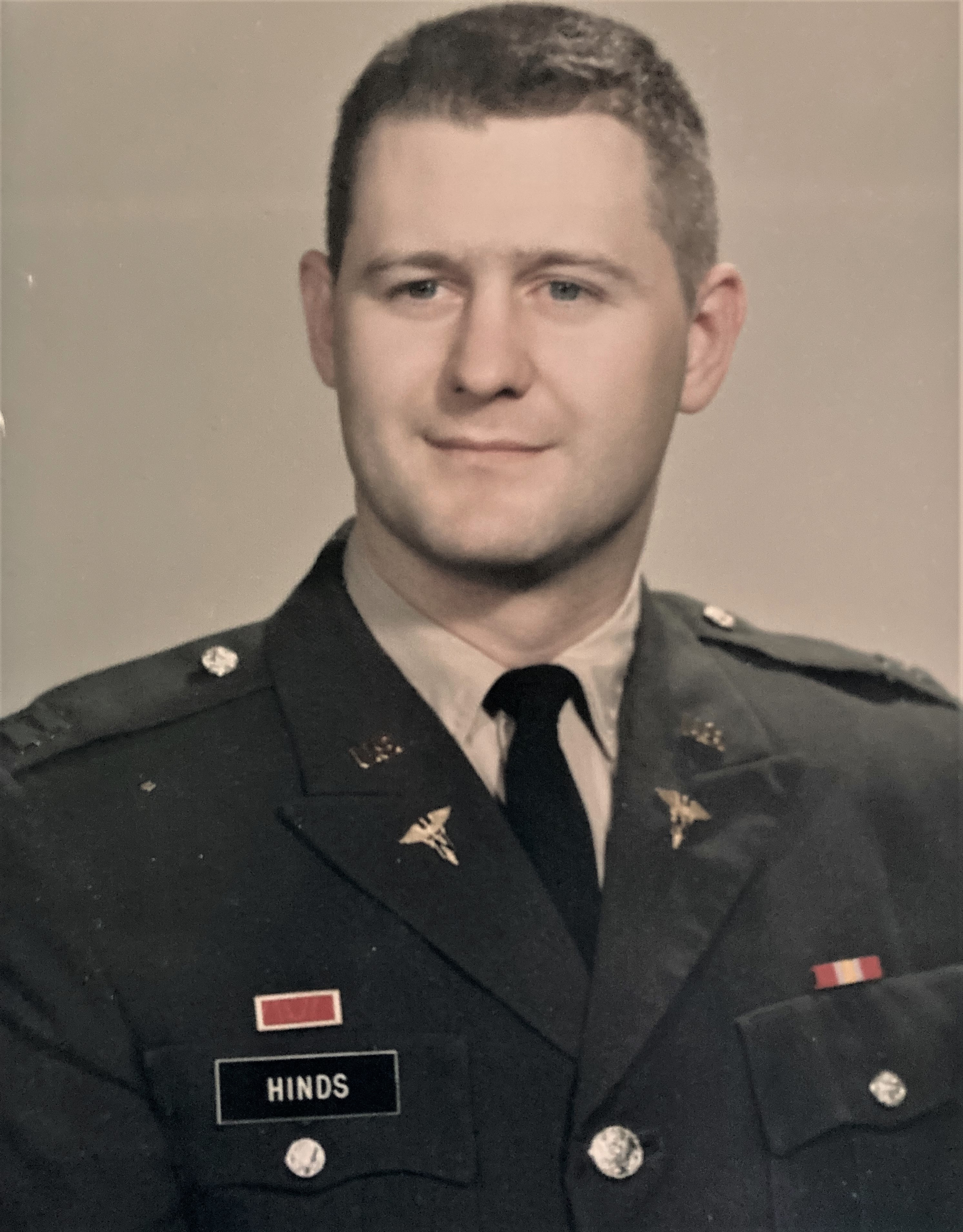 To promote the education of outstanding nursing students, the Capt. Alden N. Hinds, BSN Memorial Scholarship has been established at Umpqua Community College.

Alden Hinds was drafted during the Vietnam War in the middle of his college career and graduated with a Bachelor of Science in Nursing from California State University at Chico through an Army program for nursing students. He trained at Fort Sam Houston in San Antonio, Texas, before being deployed to Camp Kue U.S. Army Hospital on the island of Okinawa. There he lived with his wife and two young children while managing public health services and caring for soldiers stationed during the war. Alden rose to the rank of Captain in the U.S. Army before resigning his commission and going to work for the Veterans Administration in San Antonio. During his career, Hinds also spent two years as a professor of nursing at Oregon Institute of Technology in Klamath Falls before settling in Douglas County where he worked from 1976 to 1989 at the VA Hospital in Roseburg, specializing in psychiatric nursing. He worked at the Oregon State Hospital in Salem at the point of his untimely death in 1991. Alden’s career exemplifies the myriad opportunities and ways to impact people’s lives that the nursing profession provides.

The Capt. Alden N. Hinds, BSN Memorial Scholarship was established by his surviving wife and children. His two sons attended Umpqua Community College briefly in the 1980s before going on to graduate from University of Oregon, further establishing his connection to UCC and the communities it serves. It is their hope that this scholarship will aid and inspire future nurses. Donald and Betty Kitzman were longtime residents of Roseburg.  They valued family, faith, patriotism, education and community service. Donald, a career U.S. Air Force pilot, served combat tours in World War II and the Korean Conflict.  As a 21-year-old co-pilot his B-17 bomber was shot down over enemy territory.  After successfully parachuting out of his plane he was captured on November 2, 1944, by enemy forces and sent to the first of two German Prisoner of War camps. He survived the harsh conditions of his six month’s captivity including a brutal 13 day forced march across Germany in the winter before being liberated by Allied Forces April 29, 1945. He continued his service to his country by flying missions in the Korean War (B-29s) and the Cold War (B-52s).

After several military relocations throughout the U.S., Donald retired in 1965. Donald and Betty moved from Orlando, Florida and settled in Ashland with their four children. They ultimately moved to Roseburg in 1970. In Roseburg they held leadership positions in their church (St. Paul Lutheran) and were active in numerous clubs and community service organizations.

Both Donald and Betty were born and raised in Iowa. Their conservative Midwestern values and strong Christian faith were a foundation for their long lives. Don and Betty’s positive outlook and zest for living served as wonderful role models for many especially their children and grandchildren. Betty passed away at age 91 in 2017 and Donald in March 2020 at age 97.

The establishment of this scholarship endowment will help memorialize Donald and Betty’s love of Roseburg, their commitment to community service and their interest in helping others better themselves through education. The donors expressed hope that this gift will serve as a catalyst for other community members to establish similar funds to honor their loved ones and provide much needed financial support for aspiring UCC students.

This endowment was funded initially with a $25,000 gift from Donald and Betty’s daughter, Sharon Berube and her husband, Robert Berube.  To donate to the Donald and Betty Kitzman Memorial Scholarship Endowment, please call or email Amira Kamel, UCC Foundation Administrative Assistant at (541) 440-7698, This email address is being protected from spambots. You need JavaScript enabled to view it.

On March 3, 2022, Brian and Penny Pargeter established an annual scholarship with Umpqua Community College as part of their 2021 Legacy Ball Sponsorship.