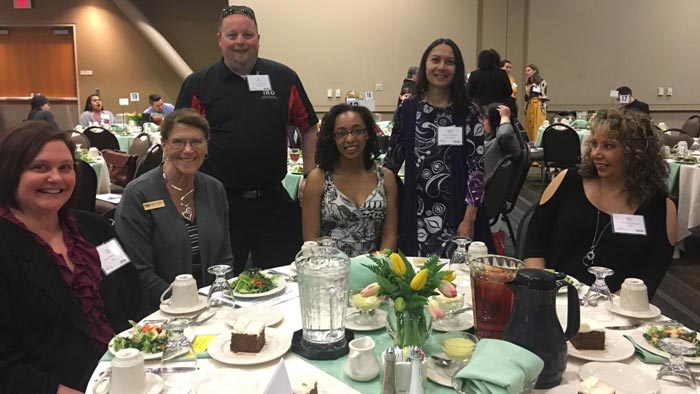 Two students were selected to represent UCC in the annual event that recognizes academic excellence.

ROSEBURG, Oregon – A group representing Umpqua Community College (UCC) had the opportunity to spend the day in Salem on Monday, April 23, and have lunch with Oregon Govenor Kate Brown. The group was there to celebrate two students' accomplishments as being selected to the All-Oregon Academic Team.

Nina Kerkebane (pictured far right) and Lyanda Maina (pictured center) were selected to represent UCC in the annual event, which honors exemplary community college students from around that state who will receive scholarships to four-year universities.

The All-Oregon Community College Academic Team is a part of the national All-State Community College Academic Team program, which recognizes high achieving two-year college students who demonstrate academic excellence and intellectual rigor combined with leadership and service that extends their education beyond the classroom to benefit society. Read Nina and Lyanda's stories below:

Nina was born and raised in Algeria. A the age of 16, she applied and was selected to participate in an exchange program led by the American State Department. Upon returning to Algeria, she worked with different local associations on a variety of projects. She co-founded and brought AIESEC International to Algeria, which is the world's largest non-governmental, not-for-profit youth-run organization that provides young people with leadership development, cross-cultural global internships, and volunteer exchange experiences across the globe to empower young people to make a positive impact on society.

While Nina graduated high school in Algeria in 2008, she was not able to attend classes at a university due to religious persecution. She continued her volunteer work while working full time. In 2012, Nina sought asylum in the United States. Due to her immigration status, she was not able to attend college or obtain a job, so she volunteered at a local high school and church. When her immigration status changed in 2014, she applied for a job – she currently works at Northwest Community Credit Union – and began taking classes at UCC.

“Economics has the power to provide communities, organizations, and households with the right tools so that they can flourish financially which then allows societies and individuals to focus on bigger issues such as crime, discrimination, human rights, democracy, and equality," she said.

Later, Nina plans on applying for the Joint Degree Program in Law and Government at Harvard University. Her long term professional goal is to work in government helping individuals build financial stability through public policy and regulations. She also wants to work pro-bono on human rights’ cases because she personally was affected by human rights’ violations in her country and wants to help others who are experiencing oppression. 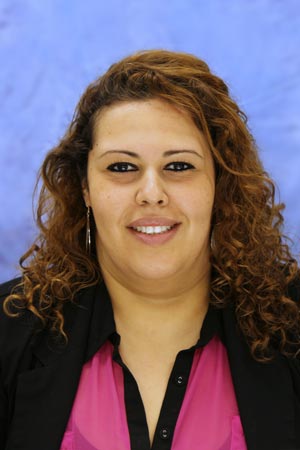 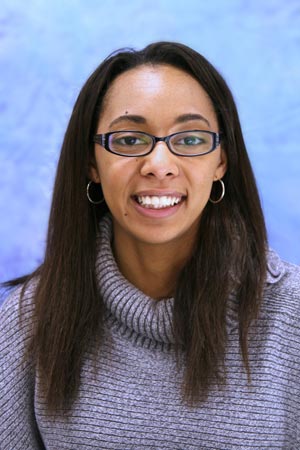 Lee is a California transplant. She and her mother relocated from California to Roseburg to live with extended family when her mother became ill with cancer which financially devastated them. Moving from a very urban and diverse area to rural Oregon, Lee experienced culture shock. However, the once shy young woman was inspired to embrace change and to open herself up to new experiences. In high school she joined clubs, learned languages, and volunteered. Through a high school elective course, she worked with children – and loved it so much that she volunteered extra hours to learn more about teaching.

As a college student, she has volunteered in the Ford Childhood Enrichment Center and at Fir Grove Elementary School working with first and second graders. Lee is also an active officer – the Vice President - in the campus chapter of Phi Theta Kappa. Lee is also in her second and final year with the UCC Scholars Program. This fall, she helped out with our UCC Scholars Bootcamps, sharing her experiences with the new cohort. In the community, she has participated with the Early Intervention Council, volunteered with the Roseburg Fish Pantry, helped with the Camp Millennium Pumpkin Patch and with Fir Grove’s Trunk or Treat event.

Lee is also a 4.0 student and is completing her AAOT and plans to transfer to Western Oregon University to study Education. She plans to earn a Master’s degree in Education along with a minor/secondary focus in Business. She aspires to work with children with disabilities. Long term – she is looking at opening her own preschool and eventually she would like to start a non-profit organization.

There are just 4 weeks until Winter term starts on January 3. Use these enrollment quick links - apply, fill out the FAFSA, complete orientation, take placement tests, transfer credits, and register for classes!