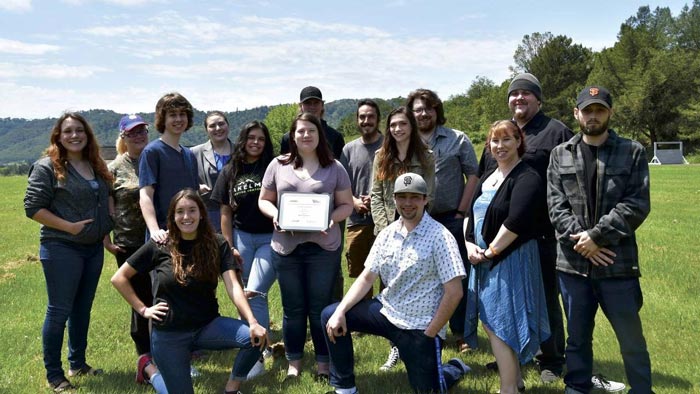 ROSEBURG, Oregon – Students on The Mainstream, the student media outlet at Umpqua Community College (UCC), recently won five awards at the annual Oregon Newspaper Publishers Association Collegiate Newspaper Contest. The awards are given out each year to recognize excellence in collegiate-level journalism.

"The awards are extra special this year because some of the entries were combined with four-year schools," Melinda Benton, The Mainstream advisor, said. "So our community college was competing against a much larger pool of student writers, and many in that pool had much more access to media course work."

Congratulations to the following:

There are just 4 weeks until Winter term starts on January 3. Use these enrollment quick links - apply, fill out the FAFSA, complete orientation, take placement tests, transfer credits, and register for classes!