Becoming What She Always Wanted to Be 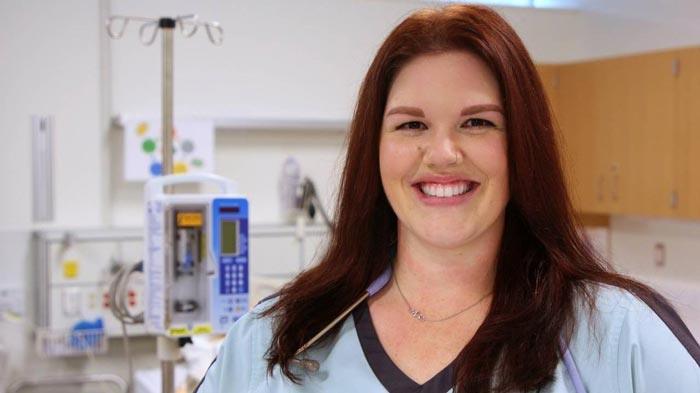 Nursing program alum Kelli Finlay (2018) says she chose UCC for her education because it was local and because of the reputation the program maintains.

ROSEBURG, Oregon – Nursing was something Kelli Finlay always had an interest in even as a child. In high school, Kelli found herself joining Glide Fire Department. There, she became an EMT and was part of the Emergency Medical Services program at Umpqua Community College (UCC). Deep down, she knew she wanted to be in the Nursing field. In 2016, she took her first steps into a new chapter in her life by enrolling in the College's Nursing program.

To Finlay, the Nursing program felt like one big family, and that was a big reason why she wanted to go into this field. Her biggest influences were her grandparents. Her grandfather was a dentist and her grandmother was a stay-at-home mom who was always helping anyone and everyone that she possibly could. Something she learned from them and has carried with her throughout her life so far has been something they always told her: always help people.

“It will always be something that I keep with me and is a reason as to why I love doing what I do," she said. 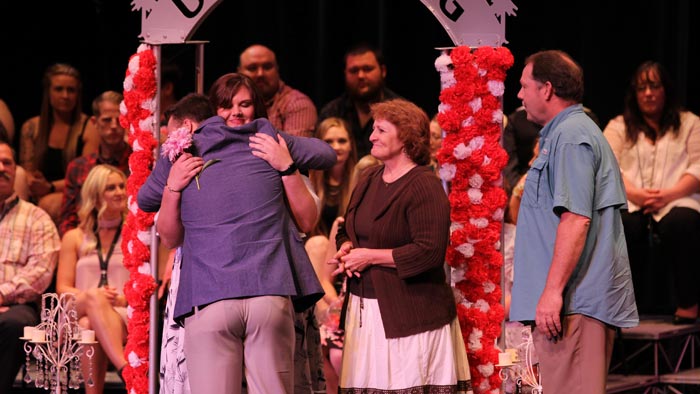 Family helped Kelli get through the Nursing program. In the photo above, her family attended her Nurse Pinning Ceremony in June 2018.

“My parents were just amazing and they never left my side," she said. "Also, my two brothers were a huge help for me. I could always call them up and ask them why in the world did I do this. They would always lift my spirits and help with anything that they could. Everyone was always their supporting me no matter what."

Within two years, she graduated as part of the 2018 class and went to work at Mercy Medical Center in the Progress Care Unit (PCU). Her job consists of assessing patients, giving them medication, and at night just going over what the plan is for the next day. Finlay says she loves the speed of it all and she's always doing something. At the moment, she loves where she is. Everyone she works with feels like a big family to her. She says her boss is a huge help; adding humor and making sure there is never a dull moment.

Finlay says she chose UCC for her education because it was local and because of the reputation the program maintains. Additionally, UCC is where both of her parents attended college.

What she learned from the Nursing program was to always stay curious, always ask questions, and that there is always something new to learn. She says these in her head throughout the day because they are something that she lives by. These mental reminders have played a big role in where she is now; helping her with all of the accomplishments she has achieved.

Finlay plans to stay as an RN for the time being, however her future plans include returning to school to pursue a bachelor’s degree; most likely through Oregon Health and Science University. Finlay plans to stay in Douglas County for her schooling because she wants to stay at Mercy and keep the contacts she has with her patients. Other goals of hers include the possibility of returning to UCC one day to help teach in clinicals.