UCC alumnus Anthony Steward has been inducted in the NWAACC Hall of Fame.

In a formal ceremony May 29 in Vancouver, Wash., Steward was inducted into the Hall of Fame, which honors the accomplishments of two-year college athletes. 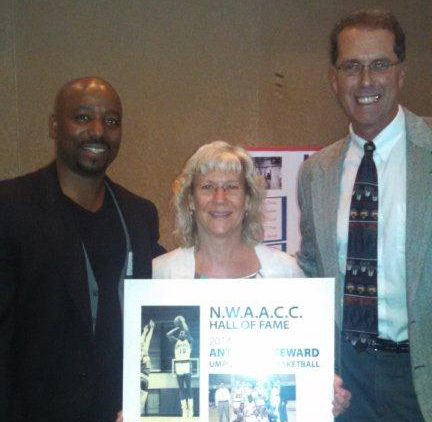 Steward is the sixth UCC representative in the NWAACC Hall of Fame. Previously honored athletes include Rob Perkins (1999) and Tom Loomis (1993), who both played basketball at UCC. Also inducted were baseball coach Dan Withers (1993) and basketball coach Cy Perkins (1995), and UCC President Dr. James Kraby (2000), who was inducted for his work on the NWAACC executive board.